Smart city technology is driving cities of the future. With more investment being devoted to IoT technologies, many public services are beginning to step into the future. From streetlights to public safety, smart cities are evolving every day.

Get a free IoT consultation…

Talk to one of our M2M connectivity specialists for all the information and pricing you need.

Smart city technology isn’t limited to city centres, it can be deployed in rural villages too. Using strategically placed IoT cameras and motion trackers, criminal activities such as fly tipping can be detected in real-time. Coastlines and areas prone to flooding are utilising similar solutions to track whether a flood is incoming too. This helps keep people and infrastructure safe, saving money for councils and therefore taxpayers. Night vision cameras fitted with automatic number plate recognition (ANPR) can be monitored remotely, in real-time. These security systems often lead to more successful prosecutions, further maximising the safety of smart cities.

Two of the biggest factors that put pressure on council budgets are lighting and maintenance. IoT sensors in smart cities can help reduce these large expenses. Streetlights utilise them to automatically dim and brighten when residents are within or out of range, reducing energy consumption. Sensors also allow streetlights to monitor bulbs, notifying councils when one has blown. These notifications minimise the amount of time wasted manually searching for broken lights. Engineers are only called out when they know there is an issue with a smart streetlight. By equipping our streetlights with IoT technologies to make them smart, citizen safety is increased, carbon emissions are reduced and energy costs are minimised.

Over the past three decades, we have seen the number of road users in cities increase considerably. Unfortunately, this has resulted in a huge increase in congestion and it is quickly becoming a logistical and environmental issue. Fortunately, this problem can be eased using digital signage and road sensors. IoT transport systems in smart cities can route drivers away from areas where congestion is building up. Parking in the centre of a city can also be a nightmare, but IoT is setting about changing that. Smart city technology is highlighting and directing drivers to areas where parking spots are available, meaning people no longer need to drive around aimlessly looking for a place to leave their car.

Looking for a smart connectivity solution?

Our multi-network M2M SIM cards provide your technologies with the connectivity they need to turn everyday solutions into smart solutions. Find out more about our M2M & IoT offering today. 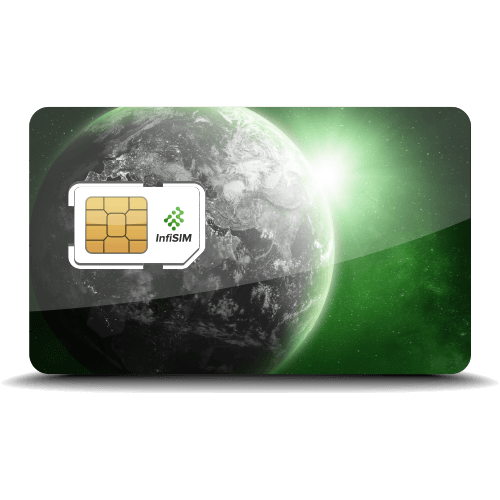 Singapore is a fantastic example of a smart city. It’s known as being one of the most densely packed cities in the world, with around 8000 people per km2. Singapore is using IoT to collect lots of useful data, allowing them to optimise their city. One example of IoT sensors in Singapore is in aggregation boxes. These are being used to track pedestrian activity and traffic volume.

A ‘Virtual Singapore’ is being developed by the National Research Foundation to create a dynamic 3D model of the city. IoT sensors and technology play a massive part in this project, collecting useful data to inform the construction of the 3D model. The model has been made available to private companies too, helping with the planning of concepts and testing of services. Plus, simulations can be run to test crowd control and dispersion for sporting events.

Public housing is what 80% of Singapore residents live in. The government is working on using IoT technology to implement smart home technologies in public housing. This will help the government and residents monitor energy and utility usage. Furthermore, it can improve the distribution of resources and optimise waste management strategies. Information from IoT sensors, such as wind flow, solar exposure and shaded areas, can help inform engineers and architects when they’re designing new housing structures.

Another leader in smart city technology is Dubai. Dubai’s current undertaking is a seven-year plan to digitise all government services. This includes infrastructure, communications, economic services, transport, and urban planning. With 90% of these services having been made digital already, Dubai’s progress to becoming a true smart city has been phenomenal. There’s even an app, called DubaiNow, that citizens can use to access this information. Residents can use the app to complete and submit applications such as entry permits.

IoT technology has made it possible to build three autonomous police stations in Dubai. People can visit these stations to pay fines and submit reports on incidents without having to talk to anyone. Furthermore, smart city technology has led to the building of the Dubai-Abu Dhabi hyperloop. Once complete, this six-billion-dollar endeavour will be 151 kilometres long and connect Dubai and Abu Dhabi. The hyperloop will cut travel time from an hour or longer to just 12 minutes. This system will use IoT to be as autonomous as possible, marking a big development in public transport technology.

Get a free IoT consultation

Tell us your project goals and requirements and we’ll work alongside you to recommend the perfect IoT connectivity solution for your business.

Interested in an IoT solution but not sure where to start? Get in touch!

Get a FREE trial of our M2M SIM cards!

Start your free trial today by filling in the form below...